“If the bill is signed into law by Governor Kim Reynolds, Iowa would be the first state to recognize what science already affirms: a baby in the womb has her own unique DNA, her own unique heartbeat, is her own unique person.” -Bob Vander Plaats

“I was totally appalled watching the State of the Union when the Democrats booed the families of the two girls who were raped and murdered by members of MS-13,” said Hartzell. “If they truly feel that they’re Americans and they represent Americans, then I’m sad to say I’m an American because I was completely appalled that they would boo those family members. Completely and totally inexcusable.” 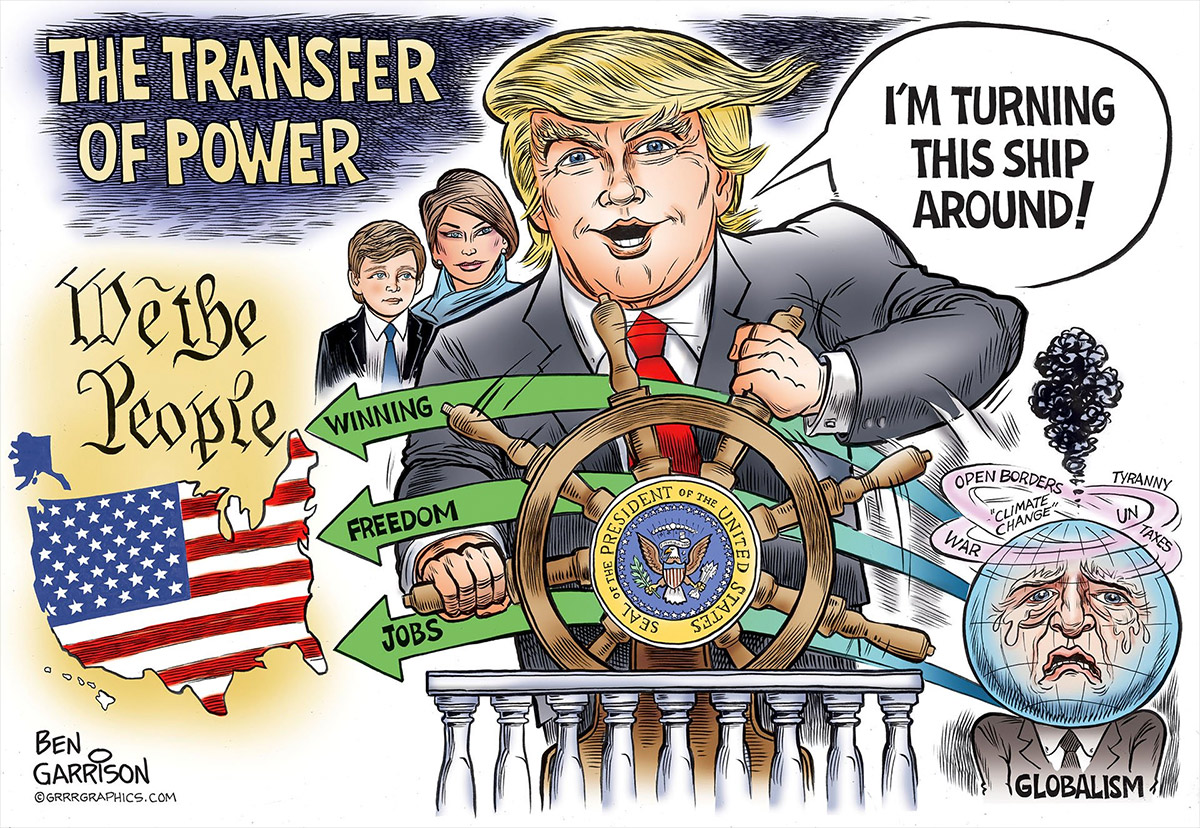 Despite being given a bill of perfect health, after submitting to a physical,
liberals are insisting he is obese, and not as fit as his predecessor, Barak Obama

This is the same bunch of people now obsessed claiming Trump is dangerously overweight, the same people that want Oprah to be president. …Rush Limbaugh

“It’s hard for me to comprehend children being intentionally ripped apart — literally — in the womb while our finest Children’s Hospitals are providing anesthesia and life-saving surgeries to babies in the womb,” PFI Chief Counsel Randall Wenger said.

The Democrat Governor promised to veto Senate Bill 3, which passed the state House 121-70 last week and passed the Senate 32-18 in February.  While Republicans hold a majority, many Democrats voted for the legislation.

“Every day in Pennsylvania, a baby is killed in a late-term abortion. Every day, four babies are killed by dismemberment abortion in Pennsylvania,” Pennsylvania Family Institute President Michael Geer told LifeSiteNews. “Governor Wolf, with his veto pen against Senate Bill 3, is proud to let these extreme abortions continue.”

The bill would have stopped late-term abortions, banning them after 20 weeks gestation, which is when science has established that preborn babies experience pain.

“Currently, the United States is one of only seven nations that permits elective abortions past 20 weeks, putting us in the company of human-rights violators North Korea and China,” Pennsylvania Family Institute (PFI) stated in a press release noted.

Bill sponsor Sen. Michelle Brooks reasoned that advances in technology make babies viable before 24 weeks, so laws must catch up.

The bill also would have prohibited dismemberment abortions (“dilation and evacuation,” or “D&E”), where the abortionist must tear the baby apart in the womb to evacuate the baby. The legislation defines the procedure as “causing the death of an unborn child by…extracting the unborn child one piece at a time from the uterus through the use of clamps, grasping forceps, tongs, scissors or similar instruments.”

“I find it radical and cruel for the governor to protect someone on death row who has raped and murdered women, but not protect the life of an innocent baby,” the pro-life champion added.

“Governor Tom Wolf is allowing the inhumane practice of dismemberment abortion to continue,” Pennsylvania Pro-Life Federation’s Michael Ciccocioppo stated. “No living child should have to endure being ripped limb by limb from a mother’s womb, and no mother should have to endure the emotional pain of losing a child in such a brutal manner.”

Brooks explained her bill did not ban dismemberment abortions, but required the baby to be killed by some other means first, such as a “saline (injection) to cause its death before its arms and legs are ripped off.”

“Currently in Pennsylvania, a live, six-month-old fetus can be ripped apart and left to bleed to death,” Brooks said. “The people who say this legislation is ‘radical’ and ‘cruel’ are the same people who believe it is acceptable to tear the arms and legs off a six-month baby in utero. That’s cruel and radical.”

Supporters of the bill say that if enacted, the legislation would have saved at least 380 children a year from abortion. This is the number of abortions committed on preborn babies between 21-23 weeks gestation in 2015, according to the Pennsylvania Department of Health (PDOH). The PDOH reported 1,588 dismemberment abortions in 2015.

The bill was not flawless, allowing abortion in the case of a mother’s life or health. Medical experts have stated that saving a mother’s life never requires the direct and intentional killing of her unborn child.

The governor defended his veto.

“SB3 is a vile assault on women’s ability to make their own decisions about their own health care,” Wolf told the press at Philadelphia City Hall. “SB3 is an attack on women. It’s an attack on their health, their freedoms, their choice, their liberties.”

Calling it “the most extreme anti-choice legislation in the country,” Wolf said, “This legislation is an attempt to criminalize the decisions that women make about their own health care, and this legislation destroys health care options for victims of the horrors of rape and incest. For these reasons, I am vetoing this bill today.”

Pro-life legislators’ only remaining option is to garner enough votes to override Gov. Wolf’s veto, but that would take convincing many who voted against it to change their minds.  A two-thirds override requirement means the Senate would need one more vote than in February (33) and the House would need 15 more votes (136).

Contact  the governor here, and tell him not to support the murder of innocent children. Make your voice heard!